By Gods providence, after an adventurous life,  they settled in the Bible belt in Aiken, South Carolina where they heard and responded to the Gospel. Five years later in 1984, the Lord led them to the north of Togo, West Africa as missionaries. During that time they shared the Gospel through digging water wells, agricultural cooperatives, health education, primary schools, educating orphans, and micro-enterprises. They began training pastors and planting churches.  They met the Lords vision of helping to plant 100 churches and digging 100 wells.  In 1999, they faithfully followed the Lords prompting to turn the ministry over to local African believers.

Tucked away in the majestic Andes Mountains, not far from the sprawling metropolis of Quito, rests a serene valley called Nanegalito. Nanegalito is home to a retreat center called The Meeting Place. Motivated by a passion to see the glory of God cover the earth as the waters cover the seas, The Meeting Place exists to assist the local church in order to foster greater church health and fruitfulness.

Currently, The Meeting Place can house and feed over 60 people and is situated in the heart of the cloud forest with one of the most abundant flora, fauna and birding locations in the world.  Eduardo (National Director of IMOJ) also shares a future vision for the camp to house and disciple those that are most vulnerable in this society, i.e. widows, orphans, special needs children, and the disabled. It is an honor to serve alongside of Eduardo and his family to reach and serve the ‘Mestizos’ or ‘mixed’ people of the Nor Occidental region and surrounding communities with the saving Gospel of Jesus Christ. Please pray for the future of this exciting ministry.

Areas of expertise:
Committed to globally connecting Christ followers who are making disciple-makers!

The vision for The Meeting Place is to be a base for discipleship, evangelism and church planting while strengthening the local church. 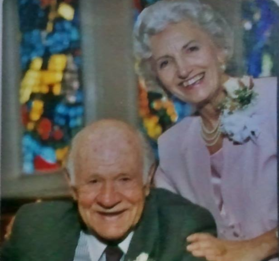 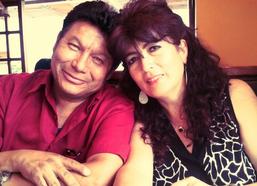 churches in his native country.  He spent his young years in California but moved back to Ecuador as a teenager and has lived and served here ever since.  He is married and has one adult daughter, Raquel. He is a strong Christ follower and received his call to ministry many years ago.  He was the preferred host for all IMB teams in Ecuador utilizing his Guesthouse to serve as both a business and ministry to support up to 25 persons.  An active Disciple Maker, Deacon and leader in his local church, after serving as the volunteer administrator of The Meeting Place, located 45 minutes north of Quito, he now serves as the National Director for International Ministry of Jesus.

A short time later, the Lord led them to Ecuador.  They bought the land for The Meeting Place at the Lord's instruction, but at the time had no idea the purpose.  They began to farm and raise cows for milk in order to sustain the land.  The Beak’s also prayed about building an adjacent camp on the property for a specific purpose.  The camp, the Meeting Place, would be set aside so people could hear the Lord speaking and to be trained in the Bible's teaching and find God's purpose for their lives. This camp was to inspire the Body of Christ for service and to build up the local Church. The camp would be used by individuals, families, church groups and people seeking to build up Disciple Makers to send out.  It took seven years to raise the funds and build The Meeting Place. Since then, the 25 acre property has served as a place of beauty, peace and rest where the goal has been meeting HIM and bringing His Body together.

Eduardo Andrade was a business owner and constructive builder in Ecuador.  He was the National Construction Director for a large denomination in Ecuador responsible for supervising and building over 12

The Beak’s were late in accepting Christ, at ages 63 and 58 respectively.  Their story proves that God can and does use all types of people at any period of their lives.  This story begins many years before their conversion and reads like a novel.  During WWII, Tom was a young 23 year old inspector of police in the west end of London all through the blitz and later helped design the bomb for use by British aircraft in the battle of the Atlantic to stop the sinking of ships by German U Boats.  Afterwards, he became Assistant Inspector of Salmon Fisheries for Scotland then in 1955, the Beak’s emigrated to Canada starting the first environmental consulting company in that country and one of the first in the world.